OBJECTIVE: By the end of this page, the reader will be provided with a definition of a film treatment, evidence of the development of my treatment and an evaluation of the drafts.

DEFINITION: A treatment is a detailed piece of prose which analyses the film.
Outside a young offender’s institute, three girls, TJ, PJ and AJ are walking across an open field grinning like Cheshire cats. They are all wearing matching orange jump suits. The story behind how the young girls got their leaves a lot to be desired, all anyone was told was “we got caught by the po po”. It was a cold, grey day on the estate TJ, a tall, white British girl with brown hair dressed in a navy hooded jacket, black tracksuit bottoms and Adidas trainers, PJ, a smaller, white British girl with dark brown hair dressed in the same attire and AJ, a small, white British girl with black hair also dressed in the same attire were sitting behind the main building of the estate on dirty smelly bins, smoking dope and as a result are wheezed and coughed. The estate itself was full of run-down buildings (made from red brick) with large white-rimmed windows covering the walls. In sight, behind the estate where the three girls sat, were large red dustbins, a low grey wall that was crumbling and gates that which were plastered with blue graffiti. As time progressed the three girls journeyed to the local chicken shop and sat on a step outside the grubby shop eating fried chicken like savages with their dirty hands and laughed while doing so. After some deliberation the girls decided to do their daily job, which was selling “fake” drugs to people on the streets of Shepherds Bush, however that was the last day the girls’were ever going to do this manipulating job. The three girls strutted into Shepherds Bush market like they owned it, while people moved out of their way in fear. In sight, were market stools, tons of people buying and selling legally and a large grey-stoned bridge at the entrance of the market. The three girls began to do their rounds and met up once in while at the entrance to count their money, as they always did. Within the next hour, the three girls received three different angry phone calls from recent customers complaining about the standard of the drugs, one from a large black man wearing blue andyellow tracksuit bottoms and a white t-shirt, one from a young innocent looking girl with mousey blonde hair which was in pig tails, she was wearing a floral dress and one from an innocent child who looked about five with ginger hair, she was wearing a purple hooded jumper and black leggings. Suddenly, the police arrived. A medium height blonde man in a pair of black tracksuit bottoms and a pink hooded jacket approached the three girls and asked for some weed. AJ pulled a small bag full of grass out of her pocket, as she was about to give it to him, TJ noticed the silver handcuffs dangling from the man’s pocket and got the other two girls’ attention. The three females suddenly darted off in a panic across the road on route to their estate. Suddenly AJ tripped and out of nowhere the blonde man who was by now accompanied by his colleague, lanky mousey blonde female, wearing black trousers and a grey jumper appeared with a large grin on his face. TJ and PJ, still in sight stopped as if they’d seen a ghost staring at the police. The blonde man grabbed TJ and PJ while the large female is stood and towered over AJ. That was the story of how TJ, PJ and AJ got caught by the po po.

Below are drafts of my treatment before I got to the final stage (the treatment above). 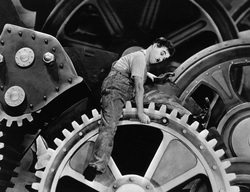 After receiving the feedback for the first draft of my treatment I have added more detail of the mise en scene and narrative. I was given feedback stating that my treatment needs to be like a narration of exactly what is going on in the film, including back stories and what can be seen in terms of location etc.

Download File
Once again, the feedback of my last treatment determined that I needed to add more detail in terms of the mise en scene, the characters and narrative. Also I have developed the narrative of my film and changed the gender of my characters and therefore needed to change my treatment. I changed the gender of my characters because I didn't want to have the stereotypical male cast that all gangster films have.